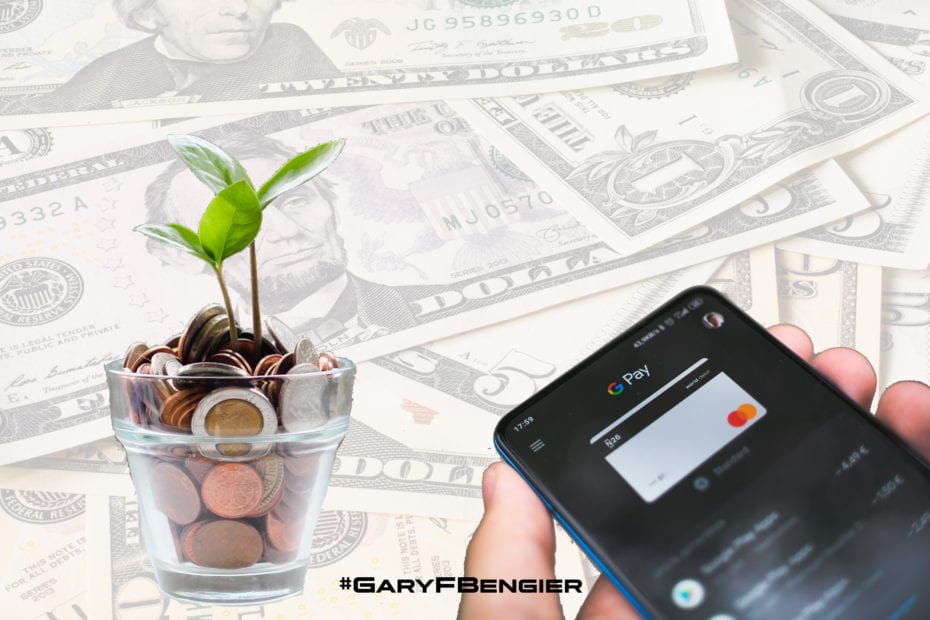 Not many years ago, Bill Gates had $50 billion in his pocket to claim world’s richest man status. This week, Jeff Bezos was reported to have ADDED $56 billion this year (now at $172 billion) to hold that spot. That’s a lot EACH.

For a few years, I’ve been thinking about the longer-term trajectory of the US and global economy for my novel. I’ve attempted a hard-science view of the future, 141 years from now in 2161. To realistically imagine the future—for those under age 40, a time when some of their grandchildren may still be alive—I projected economies, productivity, US and global wealth, and from those tried to forecast what life might be like economically. Here is a scene about economics in my novel, Unfettered Journey —

Joe paused, trying to take it all in. “So they nationalized all the factories—which are now owned by everyone—and concern about economics evaporated?”

“Aye, oceans of data and algorithms solved von Mises’s economic calculation problem. Using money for signaling demand and rationing supply went away, even for capital goods. A hundred years ago, we needed markets to balance supply and demand. But today we’ve insight into people’s intimate desires. The net data stream provides all the information about demand that markets supplied before, and more efficiently.”

“The production organizers certainly know a lot about us,” Joe said.

(The title derives from my future, where credit$ replace our currency, beyond cash, a type of cryptocurrency, issued by the government. Oh, and there are also dark credit$.)

The Magic of Compounding

One secret of wealth creation for humanity in total is the power of compound economic growth. Around the year 1000, economies grew roughly 0.11% per year. That means that over a century, the world’s economies grew by roughly 10%. The average individual GDP per person—think of it as the income per person generated—was about $114 (per year). That’s why people were hoeing the same potato field as their great-grandparents. The economist Thomas Hobbes characterized many lives (as late as the 17th century) as “solitary, poor, nasty, brutish, and short.”

In contrast, China has been touting growth rates of around 10% per year. I recall a family trip to China in 2011, when I opened the People’s Daily newspaper to see the editorial, boasting about the people’s progress. It said the average person had increased their average income by 100 times since the beginning of Communism. Well, I thought, if you are making 4 cents per hour, that can happen. But to the people involved, the growth is real. Compounding is magical.

We are not using those hoes in the potato patch much anymore. Technology makes all of us more efficient. Average productivity per person has risen, and US economic growth over the past sixty years is between 3 and 5% per year. (It was above 4% in the 50s and 60s, and around 3% in the 70s and 80s; lower more recently.) One result is the US GDP per capita is about $63,000. For the world, the figure is around $18,000.

With the basics in hand, let’s build a simple model, to make an educated guess for the year 2161. The US economy is about $21 trillion today. Assume conservatively that economic growth rates fall to the 1–1½% range until the end of the century. But assume they pick up again in 100 years (I’ll explain the secret why in a moment), to, say 4-6%. Assume the US can keep its population, now at 328 million, to between 415–450 million. Then, roughly, the US economy in 2161 could generate over $300 trillion, which is over $650,000 per person—10+ times what we now have.

The global figures depend on continuing to control population growth, and demographers project fewer children per couple; we don’t know where it settles. If global population growth rates follow the developed world, the rest of the world could see a greater proportional income growth, maybe 12–15X or more.

By today’s standards, everyone could be wealthy. It could be a world in which economic fears are banished.

Now to the secret: the big question is What is the impact of AI and robotics on economic output? The open secret inside manufacturing plants for the past twenty years is an acceleration in automation—replacing people with robotics. There go the jobs. One result is more output per machine. Now imagine the entire factory is automated—easy to imagine, because it is underway. Amazon is moving toward fully automated warehouses. Tesla is moving to fully automate their car manufacturing lines. Those efforts are not all going smoothly. But in 141 years? Yes, I can't imagine why that will not happen.

Let’s take one step farther. What happens when the robot factories are fully automated? Yes, that too is highly likely to happen; one might say it is inevitable in 141 years. When robots can build all the robot factories, then there is almost no limit to the number of robots that humanity might build. It is limited by the raw materials available, and our sensitivity to damage to the Earth. Then, robots can dig the minerals out of the ground, can forge the steel, and can assemble the computer chips.

Here then is the fundamental change to economics: economies are no longer limited by labor as an input. We then shouldn’t calculate productivity on the backs of workers. Since the average human need not be involved, the GDP per person could increase exponentially.  There could be 20 robots working in lieu of each of us. The “productivity” metric would need rethinking. That’s the reason I suggest that the economic growth can rise dramatically, whenever robots can build robots. If you think robot automation occurs faster than in a century, the result is we could have more material goods per person by 2161, and my figures are too conservative.

The Future of Material Goods—How Much, Who Has It

I show how simple modeling (which, because it is simple, can be off; but not directionally) can paint a picture of the future economy in broad strokes. I suggest that even within the lifetimes of grandchildren of people under age 40, there could be 10–20 times more stuff per person produced. Where do we put it? Who owns it?

A world where some own all the important means of production—the robot factories—and most of the rest struggle to find any job to earn a living is a possible but unpleasant outcome. Those without a means to support themselves will have plenty of time to take action to change an unfair system. In mathematical terms, the system would reach an unstable equilibrium point. It suggests that a world where all the stuff is owned by the folks who own the robot factories is not sustainable. We will need a fresh way to divide up the economic pie.

The recent discussion about a minimum guaranteed income is relevant. It might be part of the solution, to prevent a greater social upheaval.

Getting to the Future

The future that I just described suggests that it is likely that AI and robots take over jobs, at least the ones creating most physical goods.

When the world becomes so much wealthier, can we arrive at a relatively equitable division of goods? What will people do with their time, to find purpose, when work is not their predominant activity?

This economic future—more stuff than we need—has never confronted humankind before. How do we as a species cross this economic chasm, a fundamental change in how the production of goods is organized?

These questions, I submit, are the greatest economic questions facing us this century. We need to have that conversation.

Now you’ve learned one theme in my novel, Unfettered Journey. In this speculative fiction, I’m not inventing dragons, except the ones that are real, and that we face soon, in our grandchildren’s lifetimes.